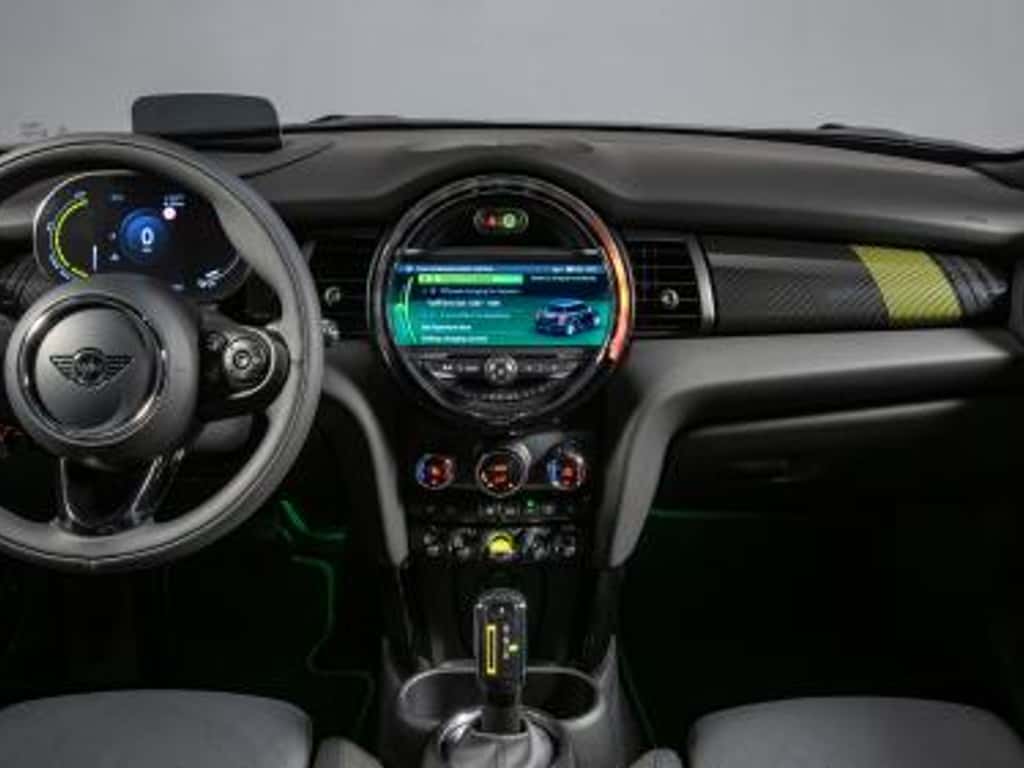 The smallest electric cars are fun to drive and cheap to run, so they are a popular choice for urban young drivers. They’re also becoming more affordable to buy and the car insurance doesn’t cost the young drivers an arm and a leg.

Urban young drivers are definitely attracted to the idea of driving around in zero-emission electric cars, even if they’re the smallest in Ireland. If you live, study or work in a city, these tiny wonders are capable to cater to most of your needs. They are electric cars after all, so they can accelerate fast within the city speed limits and they tend to be agile and easy to control due to their reduced weight and size.

All electric vehicles are cheaper to run than petrol or diesel cars in Ireland, especially with the fuel prices soaring in 2022, and the smallest of them require a fraction of the running costs. If you charge it at work or at home, it will cost you less than a third of the cost of a standard car. To add to that, an otherwise notoriously expensive cost, a young driver insurance will cost a lot less for such a small electric car.

Of course, it’s not all good news across the board. Some of these smallest electric cars rely on, well… small batteries, so they won’t be of much use if you plan a trip across Ireland. But other than that, they are just perfectly designed for short distance driving and city errands like shopping. Not to mention that the theoretical driving range of some of these miniature EV are not that far from their standard sized counterparts.

The shortcoming of having a limited driving range will only impact younger drivers who only own one car but even in this situation, a smaller EV is more than capable in a city. When it comes about families and larger households, the trend of having an electric vehicle as a second car is growing. Typically, in Ireland, these families will use the smaller electric car for their daily drives and a conventional or hybrid car for the longer trips.

Now that we know what they’re capable of, let’s have a look at the top 5 smallest electric cars in 2022 and some of the features beside their small size.

In this top 5 smallest electric cars, the BMW i3 has been around the longest, since 2013. A lot of relevant upgrades have been implemented to this tiny EV marvel since then, including a much-improved theoretical driving range on a single charge: from 190 to 300 km (with the 120Ah edition).

As one can imagine, the BMW logo it’s a guarantee for a fun and smooth drive but the minimalist interior could deter some of the potential buyers. The cheapest new model comes with a battery that delivers 125kW power, acceleration 0-100 km/h in 7.3s, and a 285 km claimed range.

The futuristic Honda e is certainly one for the drivers who appreciate style in a car, electric or not. And style doesn’t come alone, it also brings a plethora of technology fitted in its lovely interior. The dashboard it’s one of a kind, being a full screen almost in its entirety, with distinct sections for driver and passenger. To improve the driving range, Honda e replaced the wind-resistant wing mirrors with cameras and side screens in the dashboard.

The cheapest new model comes with a compact 35.5kWh lithium-ion battery, acceleration 0-100 km/h in 8.3s, and a 220 km claimed range. It’s not the smallest electric car we’re presenting today, but it’s certainly the most stylish and futuristic. The Irish Honda website is still registering interest on the Honda e, most likely because of international logistics issues, so we don’t know for sure when it will be available for purchase.

As its conventional models, MINI Electric won’t conquer any hearts with its practicality, like the tiny boot and 3-door setup. Nevertheless, if you ever drove a standard MINI and enjoyed it, you will like this one too. Its handling is as sharp as we know it, quick and stable through corners and generally fun to drive.

The basic configuration comes equipped with a battery that outputs 135kW power, boasts an acceleration of 0-100 km/h in 7.3s, and promises a 235 km range on a single charge. It almost feels like driving a go-kart through the city, even though it’s not the smallest of the smallest, and the fact that it has zero emissions electric car can only add to that joy.

As you probably noticed already, the Seat Mii Electric is the first electric car in our list that makes the jump from small to really tiny dimensions. Its mere 3,557mm length makes it almost half a meter shorter than the BMW i3. And you’ll be surprised to find out that it’s still not the smallest electric car in our article!

Now the sad news: Seat Mii Electric was discontinued so the only way to get your hands on one is settle for a used car. It’s a shame really if you look at the technical data: 36.8kWh battery, acceleration of 0-100 km/h in 11s, and a claimed 257 km range on a single charge. The range alone is a great incentive for purchasing this small electric car.

The Seat Mii Electric isn’t the only discontinued small EV, it seems that Volkswagen axed their entire line of small electric cars. This includes the small EV from Seat, Skoda and Volkswagen. So, if you consider buying a Skoda Citigo-e iV or a Volkswagen e-Up, both at 3.6m length, a second hand car is the only option now, although the VW e-Up relaunch was announced early this year.

And finally, our champion. The Smart EQ ForTwo is the absolute winner of the smallest electric car title in 2022, here in Ireland. At precisely 2,695mm length, it’s actually shorter than the tallest person in the world. But to win this crown, Smart EQ ForTwo, as its name so blatantly suggests, can only seat two people.

The Smart EQ ForTwo is a deceiving little car. It’s actually quite powerful with all that electric juice sent to the real wheels, which also allows very tight turns and gives the car a nippy feeling. It sports a 60kW power battery, accelerate from 0 to 100 km/h in 11.9 seconds and a single charge will in theory last you 130 km. Acceleration seems slow at a first glance, but this is the ultimate city car so all it needs is a good acceleration from 0 to 50 km/h, and for that is very quick, like all electric cars are.

And the smallest electric “car” mention

We didn’t have the heart to leave the Citroen Ami out, although this little electric bug is not a car in the conventional way. Technically, the Citroen Ami is an electric quadricycle of 2.4m length, making it the ideal solution for congested cities. Now, is it Citroen Ami the smallest electric car or not? That is a question that each of us have to answer individually, in terms of functionality and practicality.

It is obviously a two-seater like Smart EQ ForTwo, its range is only 74km and the top speed is limited to 45 km/h since it’s a quadricycle. You can charge it with a few coins from your pocket and it’s ready to go after you plug it for 3 hours in a standard socket. Also, it’s not only the smallest electric “car” but also the cheapest. If you plan to buy a new one in Ireland, you need to register your interest on Citroen’s official website, so we’re not entirely sure the Ami will be out this year.

Coverinaclick.ie offer cheap car insurance to all drivers in Ireland, including young and learner drivers. Fill in the car insurance quote online form and we’ll do everything we can to get you the best policy.