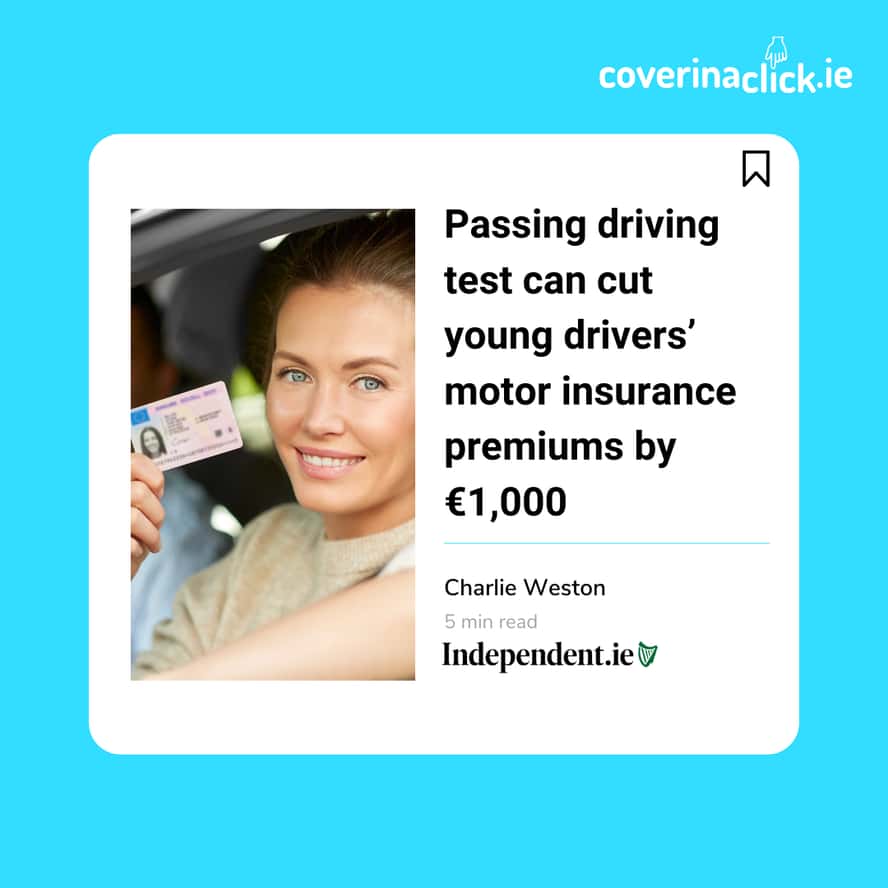 Young drivers have been encouraged to pass their driving test, a move that could save them €1,000 on their insurance cover.

The advice from the car insurance broker Coverinaclick.ie comes as there are still long waiting times for those who want to take a driving test.

The pandemic saw the build-up of massive backlogs at driving test centers.

There is currently an eight to 10-week delay in getting a test. But this can vary from an average of nine weeks in Ennis, Co Clare, to 21 weeks in Drogheda, Co Louth, and over five months in Killester in north Dublin.

Managing director of Coverinaclick.ie, Jonathan Hehir, said the cost of car insurance in Ireland has been heading downward in the last 12 months.

But the reduction in prices has not been experienced evenly across the board.

“They have also had to endure two years of delays and waiting lists at driving test centres.

“And, like the rest of us, they are also being hit heavily with the current petrol and diesel costs,” he said.

Young and inexperienced drivers can bring down the cost of cover by completing their Essential Driver Training (EDT) of 12 lessons. They also need to pass their driving test, and get one year or more of driving experience as a named driver.

He used the example of a 19-year-old driver who has a provisional license but has completed 12 lessons.

The driver has a Volkswagen Golf 1.4L. A typical quote for this person would be €2,400.

But in year two this can come down to €1,489 with a full license and one year’s no-claims bonus.

“Young drivers need to equip themselves with every chance they can of sourcing the lowest possible premium.

“And in our experience, passing the test and moving from a provisional to a full license can knock €1,000 off premiums,” said Mr Hehir.

He said young drivers should consider the obstacles when they are starting out – they have no no-claims bonus and no named driver experience to draw on for discounts.

On top of this they need to be aware that there is limited competition for novice drivers in the market with just a handful of insurers willing to take on the level of risk associated with such drivers, Mr Hehir said.

The broker said some insurers offer discounts for drivers who have completed 10 lessons from a qualified driver instructor.

If possible, young drivers should plan ahead and try to get added to a parent’s policy in the period up to their driving test.

There are some insurance providers who will offer discounts to young drivers who have six months’ experience on a parent’s policy, Mr Hehir said.

If you’re a young or first time driver looking for insurance and you want to enquire about prices, just request a car insurance quote from us!